Everything You Wanted to Know About Kernel Livepatch in Ubuntu

One of the more recent killer features implemented by most major Linux distros these days is the ability to patch the kernel while it is running, without the need for a reboot.

While this may sound like sorcery for some, this is a very real feature, called Livepatch. Livepatch uses ftrace in new and interesting ways, by patching in calls at the beginning of existing functions to new patched functions, delivered as kernel modules.

This lets you update and fix bugs on the fly, although its use is typically reserved for security critical fixes only. 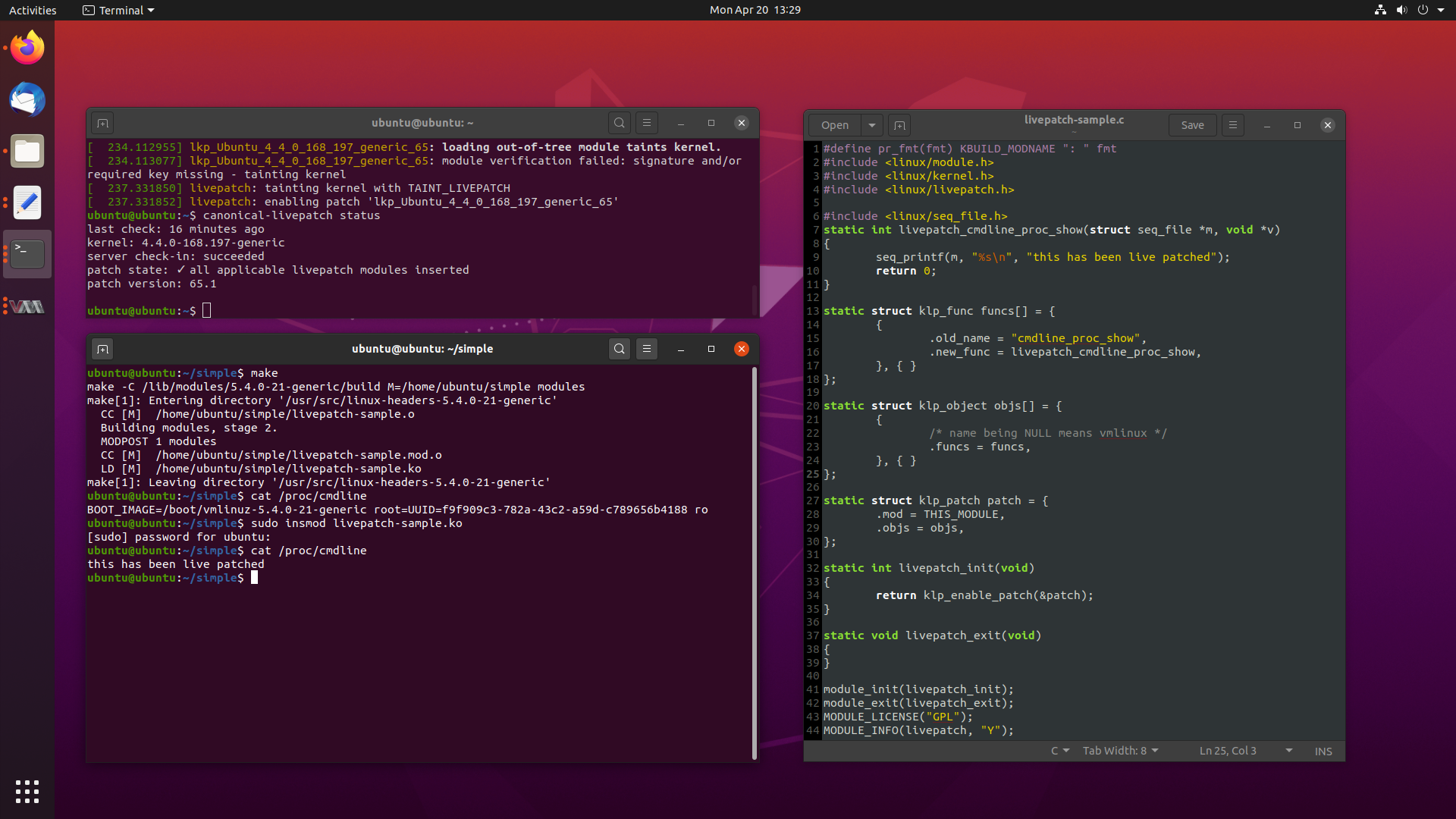 The whole concept is extremely interesting, so today we will look into what Livepatch is, how it is implemented across several distros, we will write some Livepatches of our own, and look at how Livepatch works in Ubuntu for end users.

Deploying an OpenStack Cluster in Ubuntu 19.10

The next article in my series of learning about cloud computing is tackling one of the larger and more widely used cloud software packages - OpenStack.

OpenStack is a service which lets you provision and manage virtual machines across a pool of hardware which may have differing specifications and vendors.

Today, we will be deploying a small five node OpenStack cluster in Ubuntu 19.10 Eoan Ermine, so follow along, and let’s get this cluster running.

We will cover what OpenStack is, the services it is comprised of, how to deploy it, and using our cluster to provision some virtual machines.

Analysis of an Out Of Memory Kernel Bug in the Ubuntu 4.15 Kernel

As mentioned previously, I will write about particularly interesting cases I have worked from start to completion from time to time on this blog.

This is another of those cases. Today, we are going to look at a case where creating a seemingly innocent RAID array triggers a kernel bug which causes the system to allocate all of its memory and subsequently crash. 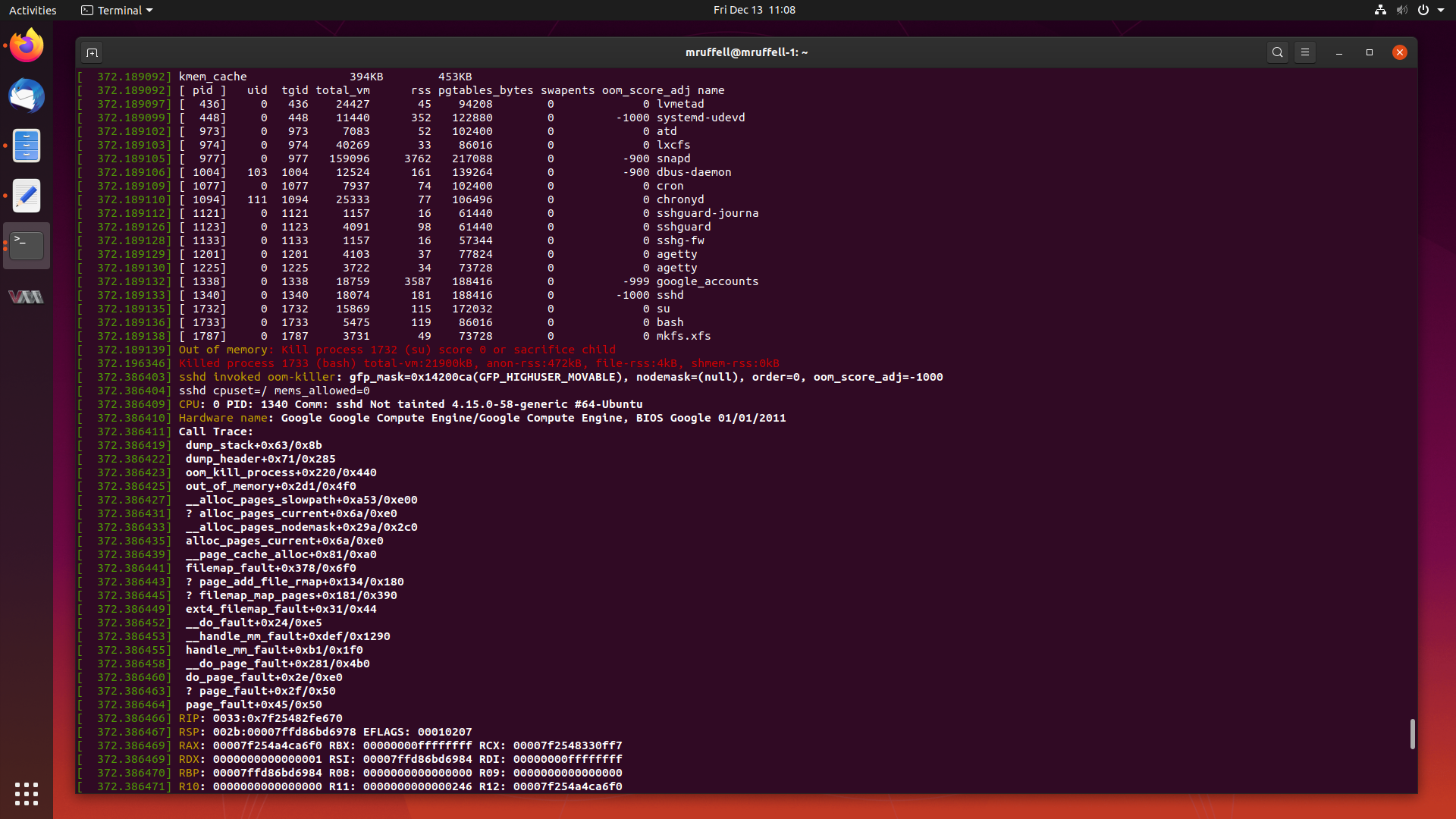 Let’s start digging into this and get this fixed.

Learning How to Write Juju Charms by Creating a Minetest Charm

In my previous blog post about Juju, a tool which lets you deploy and scale software easily, we learned what Juju is, how to deploy some common software packages, debug them, and scale them.

Juju deploys Charms, a set of instructions on how to install, configure and scale a particular software package. To be able to deploy software as a Charm, a Charm has to be written first. Usually Charms are written by experts in operating that software package, so that the Charm represents the best way to configure and tune that application. But what happens if no Charm exists for something you want to deploy? 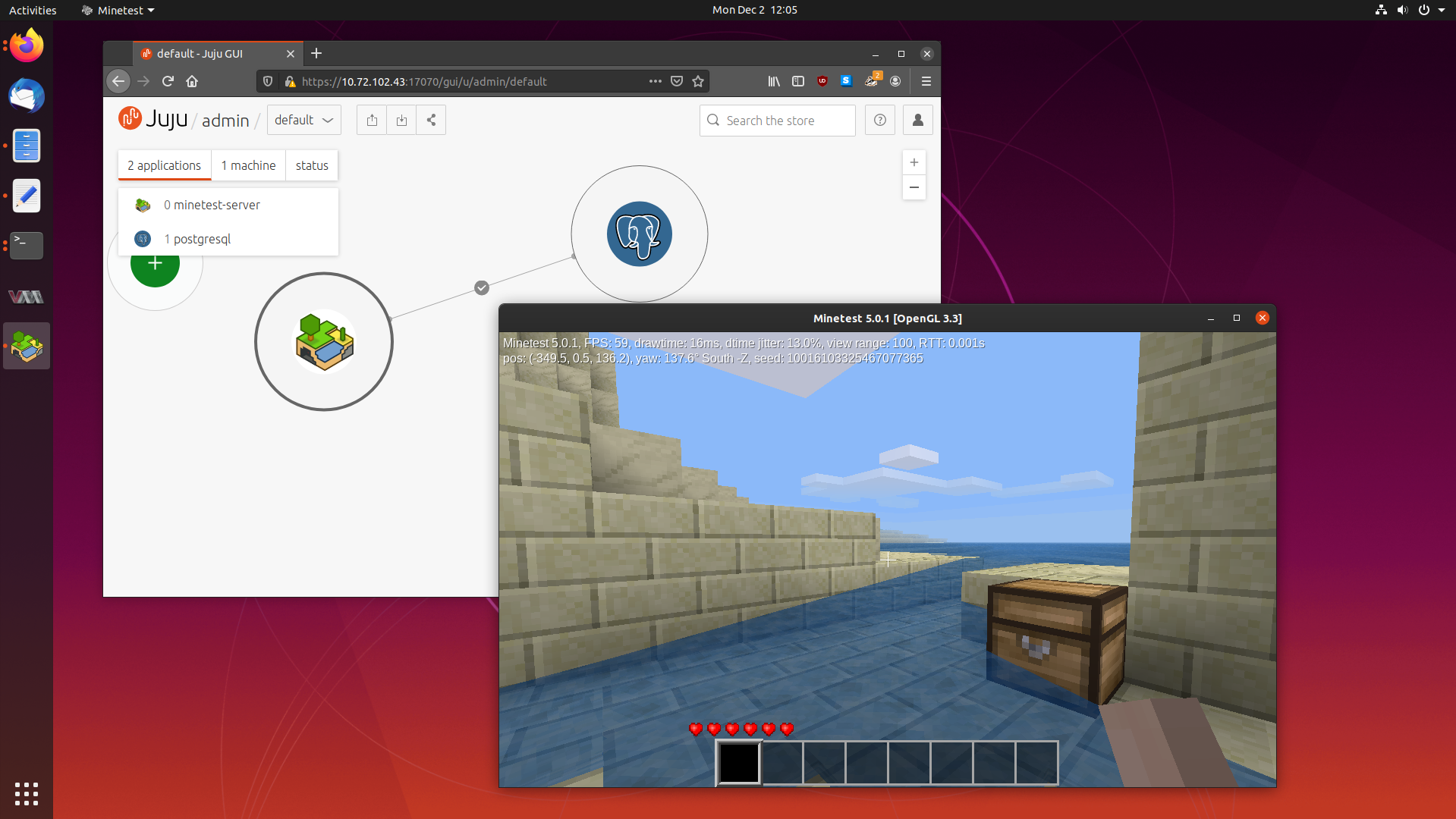 Today we are going to learn how to write our own Charms using the original Charm writing method, by making a Charm for the Minetest game server. So fire up your favourite text editor, and lets get started.

A few months ago when I was applying to the CFP for Chcon, I thought, why not also submit to Kiwicon / Kawaiicon as well?

My first Kiwicon was in 2012, and I have been going every year since, and I have always thoroughly enjoyed myself and learnt a lot. I guess it was a bit of a dream that one day I might be able to present a talk at this super cool conference.

Well, I was pretty ecstatic when I got accepted to speak at Kawaiicon!

Kawaiicon is Kiwicon, but cuter. It actually started off as a joke when the Kiwicon organisers forgot to renew the kiwicon.org domain name, and brought kawaiicon.org as a contingency, but I guess this year they followed through and had a cute themed con!

On Friday morning I gave my talk The Story of the “Uncrackable” Lockbox, and Why Hackers Need to Work Alongside Developers. Archive Link.

The talk has been uploaded to Youtube, which you can find below:

You can find a copy of the slides here.